They have caused a stir in the country, saying that the existing government is not legitimate and has accused it of election fraud. They say the government is not capable of organising transparent elections in the country. Filali Ghouini is the general secretary of the centrist "El Islah" Movement for National Reform party, which will run in next year's election. It's an effort that defends the the right to enter in discussion and hear the opinions on all sides, within elected assemblies, meaning the upcoming parliament, local assemblies and local communities," he says.

In March the governing FLN National Liberation Front held a stadium rally citing security threats to show what party chief Amar Saadani called "a front united behind President Abdelaziz Bouteflika and our army, mobilized more than ever to defend the borders of our country. Opposition members accused the FLN of scare-mongering to distract Algerians from economic woes, and opposition leader Ali Benflis called for early elections because of Bouteflika's long-ailing health.

Bouteflika was elected to a fourth term as president in , with 81 percent of the vote. Djilali Sofiane is president of the relatively young "Jil Jadid" New Generation party, formed in This is a fact. In reality, views have changed. A large proportion of those belonging to the opposition are saying now we should just take part in the elections and be as deceitful as the regime is. But others, among them my party Jil Jadid, have stayed true to their roots.

Because to us it's inconceivable to take part in such fraud," Sofiane says. Legislative elections in Algeria will take place in a tense climate, due to the economic crisis that the country is facing. The hardest part for parties will be to motivate citizens to vote. Turnout for the presidential election in was just over 50 percent, while for the legislative election of it was 43 percent.

Officially 70 parties will run for the legislatives elections and 20 of them are from the opposition. All seats will be renewed. 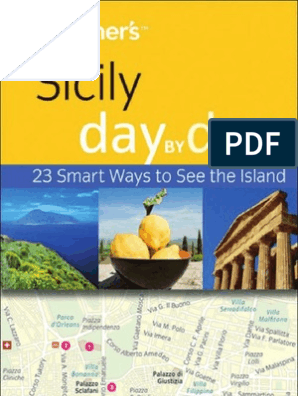 Various of plenary session during a meeting of the opposition in Zeralda, a suburb of Algiers. It's a sign of the continuation of our political struggle, and as you know the foundation of political work is collective work. It's an effort that defends the right to enter into discussion and hear opinions on all sides, within elected assemblies, meaning the upcoming parliament, local assemblies and local communities. Because to us it's inconceivable to take part in such fraud. Establishing shots of Hamid Yacine, political analyst. And on the other side, elections are an opportunity for several politicians to be elected in the parliament with all the financial advantages that it means.

Far away from activism, far away from principles they had. So even inside the opposition parties there is a reality which is that political calculation, when it comes to money, is prioritised over activism. Various of people walking in the streets of Algiers.

NYBA P. NYBA K. NYBA - C. This article has been truncated. You can see the rest of this article by contacting ABC.

Earlier today, the Director of National Intelligence briefed the President and senior staff on the new National Intelligence Estimate on the terrorist threat to the homeland. The Office of the DNI has already briefed the media this morning on the report and the key judgments and so I will not go into much of that detail. What I would like you to know is how we are responding to the threat noted in the report. It is important to understand what the NIE is and what it is not. The NIE is an intelligence community product that lays out baseline judgments and assessments on a particular topic.

While there are things -- many NIE's and many intelligence products over the last six years that focus on the threat faced from al Qaeda and terrorism, this NIE is the first ever focused on the terrorist to the U. It is intended to provide a strategic understanding of the terrorist threat to the homeland over the next three years, and to give the intelligence community's baseline judgments in order to help policymakers develop and prioritize government actions.

That said, it is not a document that specifically focuses on daily tactical threat reporting and the government's operational response. It is a strategic assessment. Trends develop over time, so the analysis and the facts in the NIE and the classified report were not a surprise to decision-makers and have been the subject of extensive discussion, planning and action over a considerable period of time. To those responsible for protecting the homeland from al Qaeda and the threat of terrorism, the information in these reports is not new.

On the contrary, the NIE reenforces the seriousness of the terrorist threat against the homeland and confirms much of what the President has been saying since September 11th. We are facing a persistent terrorist enemy led by al Qaeda that remains driven and intent on attacking the homeland, and that continues to adapt and improve its capabilities. Our greatly increased worldwide counterterrorism efforts since September 11th have constrained the ability of al Qaeda to attack the U.

Our worldwide counterterrorism efforts over the past five years have helped disrupt a number of plots against the U. Al Qaeda will continue to attempt visually dramatic mass casualty attacks in the homeland, and they will continue to acquire and employ chemical, biological, radiological, and nuclear materials, and will not hesitate to use them if they develop sufficient capability.

The NIE assesses that al Qaeda will enhance its capabilities to attack the homeland through greater cooperation with regional terrorist groups. Of most concern is that al Qaeda will try to exploit the conflict in Iraq and leverage the contacts and capabilities of al Qaeda in Iraq, its most visible and capable affiliate and the only one known to have expressed a desire to attack the homeland. We will face challenges from the spread of radicalization tied to the global violent Islamic extremist movement, with the possibility for some within the homeland to become sufficiently radicalized so as to view the use of violence in the homeland as legitimate.

The NIE also refers to the homeland threats from Lebanese Hezbollah, the state-sponsored and supported by Iran, and the threat from single-issue groups, as well as the challenge of adapting our homeland defensive efforts and tools to detect and disrupt plots in an era of globalization and technological advances.

The NIE notes the al Qaeda and its affiliates have sought safe haven in the federally administrated tribal areas of Pakistan and replaced senior leaders and operational commanders that have been captured or killed. Al Qaeda continues to attempt to create global terrorist alliances, raise resources, and recruit and indoctrinate operatives, including for homeland attacks. Importantly, the NIE assesses that al Qaeda has protected or regenerated three of four key elements in planning an attack on the homeland: a safe haven in Pakistan, operational lieutenants, and top leadership.

The NIE found, although we have discovered only a handful of individuals in the U.

Much more than documents.

As a result of these factors, the NIE concludes that we are currently in a heightened threat environment. I hasten to add we have no credible information pointing to a specific imminent attack, or the timing or execution of such an attack. But the warning is clear, and we are taking it seriously. We should be clear that despite a resurgent al Qaeda threat and some of their capabilities, they are weaker today than they would have been if we had not taken strong action against them over the last five-and-a-half years.

Furthermore, when we discuss al Qaeda's capabilities, we must put it in the context of a stronger, more capable U. Because of the President's commitment to our homeland security, we have more and better intelligence, military and law enforcement resources, and the capability to confront an enemy who is weaker now than it would have been absent our aggressive effort to confront and defeat them.


So what are we doing to confront the threat outlined in the NIE and the near-term threat from al Qaeda? First, I want to be clear that we will talk about as much as we can, but consistent with our need to protect our most important and effective tools in our fight, this means we can speak of some things in only general terms, and others not at all. Second, to place in context what we are doing, I should explain how this fits into ongoing counterterrorism efforts. Almost six years after September 11th, we have not been attacked, and I am often asked why.

Because the President has made clear that job number one is to protect the American people from an attack, and his strategy for doing this has been clear and unambiguous. We have gone on the offensive, attacking our enemies and the things that they need to operate and survive. We have strengthened our defenses through a host of homeland security programs, including increasing our intelligence, military and law enforcement resources, ensuring greater information sharing with state and local officials, increasing grant programs, protecting critical infrastructure, and strengthening our border security.

At the same time, we have strengthened our government institutions and our laws. This is why we now urge Congress to modernize the Foreign Intelligence Surveillance Act, to update an antiquated law so that it is technologically neutral, so that we can effectively fight a 21st century enemy. But there is yet another factor, and it is the most difficult to explain.

It is what we do not know. What is our enemy's calculation? Is it a large, spectacular, mass casualty attack? Or smaller, multiple explosive devices, like the ones we saw recently in London and Glasgow. We cannot know the enemy's calculation, nor when it will shift. We prepare for and anticipate both, with the realization that the enemy only has to be right once, while we must be right every day, all the time. It is important for the American people to know that focusing our government's attention and resources to the threat from al Qaeda is not new and is not a reaction to the NIE or to any other single report.


Our intelligence, military, law enforcement and homeland security communities are constantly evaluating the threat and making determinations on how best to respond.